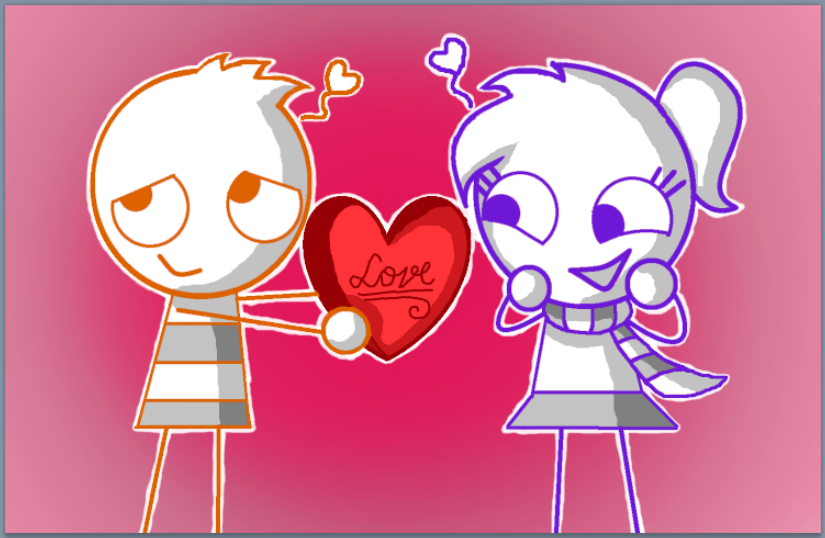 Sameeksha woke up with a smile on her face. While slaving away on her laptop the previous night, her only solace had been that she had a big bright spot to look forward to
The following day. The last few months had taken a toll on her. Between Sujit and her hectic travel, Anaaya’s school , the home madness, somewhere along the way, the phonecalls had reduced in frequency, the intimacy was at an all time low and it seemed as if they were familiar friends passing each other every day instead of the head over heels in love struck couple they had traded places with. Nothing was wrong as such, she often chided herself, but deep inside it didn’t feel right either. But today, everything would change. Valentines day would fix everything. She would take a half day, go to the salon, finish everything in time for her romantic date with Sujit and they would sip champagne into the night, just like old times and all would be right with the world again.

But what they say about the best laid plans often hitting dirt rang true for Sameeksha on the worst day possible.
‘What the hell is wrong with you!? How can you not run this by me before going to the client?’ A few hours into work and she had already lost her cool a few times. Nevously glancing at her watch didn’t make the day go any faster. Sujit called just before lunch to check on her and she ended up being testy with the person she was trying to desperately get through the day for.
‘I’m sorry Sujit’ she apologised. ‘Its just been a harrowing day. One crisis after another, I’m surrounded by fools who can’t fix anything. The maid keeps calling because theres no water at home, Anaaya’s
School teacher called because she got into a fight with some boy and.. and.. look at the time! I need to get to the parlour. We have a reservation at 8:30 pm.’
‘Darling, its okay if we don’t go for dinner. Really..its..’
‘What do you mean! It took me forever to get a table at the best restaurant in town. And I’ve told all our friends about it. We are going for dinner. I don’t care how!’ she almost shouted with frustration.
‘Ok Ok. Don’t get stressed. We will go’ Sujit tried to soothe her frazzled nerves. ‘See you soon love.’

Just when she was leaving office, 2 hours after her salon appointment, the car decided to break down. Leaving instructions with the security guard, she ran to get a taxi. With every passing second, looking at the hands ticking away, she felt like the day was slipping out of her hands. The final nail in the coffin was a traffic jam. At 7:30, she was still about half an hour away from the salon and realised then that her carefully laid plans would crumble to dust. Thankfully her mother was also at home to keep an eye on Anaaya but she knew going directly to the restaurant was not an option either.
She would never make it. She called Sujit with tears streaming down her face, broken and exhausted and told him she wouldn’t be able to make it.
‘Just go home Sujit. I’ll see you there.’
‘Baby, its alright.’
‘Just go home Sujit. I don’t want to talk.’ She hung up, wanting to sulk alone in her smelly cab.

About half an hour later, still stuck at the same spot due to a truck overturning on the bridge ahead, she looked straight ahead while taking a sip of water and almost spat it out in surprise. Through the
haze of cars and fumes, she saw Sujit walking towards her with a smile on his face. She couldn’t help but respond with a reluctant smile of her own. When he reached the cab, she bombarded him with questions.
‘Holy cow it took me forever to find you!’ Sujit panted, getting in beside her.’
‘But.. how on earth did you find me! Here, in the middle of traffic?’
‘I tracked your cab’ he shrugged. ‘You sent me the link yourself while getting in as always but I think you forgot’ he laughed.
Sameeksha whacked her head. ‘Ofcourse!’ But why are you here? I was coming home anyway.’
‘Why? Because I wanted to celebrate the evening with my Valentine.’
‘In this smelly cab, eating fumes?!’ She laughed.
‘No, eating Vada Pav.’ He said, pulling out two parcels from the bag he was carrying.’
Her face lit up. It had been one of her favourite foods at one point but she hadn’t had one in years. ‘And where is my beverage for the evening? Do you have a bottle of wine stashed in there as well?’
‘Nope’ he smiled impishly like a little boy. ‘Chaas! That’s all I could find on the way.’
They both laughed. ‘I don’t think that fancy restaurant will approve of our degustation menu tonight but who cares!?
She reached for his hand. ‘I’m sorry things have been so hectic the last few months. I thought I’d fix everything today. Its a beautiful place you know…’
‘You’re sorry?’ He asked incredulously. ‘For what? For being an amazing professional while being the best mother on earth? For juggling priorities and a million tasks on your list casually like you were chomping peanuts? For finding the time to massage Amma’s aching feet before turning in for the night. For always leaving extra potatoes for me in every dish , just as I like it, even when we can’t eat together?
For always finding time to tuck Anaaya in with a wonderful story that she can dream about? And for always remembering to throw away my underwear when the holes get too large and I embarrass myself infront of the maid?’
Sameeksha was laughing but she had tears rolling down her cheeks again. This time around, warm ones, washing away her anxieties, expectations and plans for the night that had thickened like a noose
around her neck. He wiped her tears gently and looked into her eyes. ‘ I know its a lot of pressure darling, but don’t do this to yourself. You’re doing enough, and more. Everything doesn’t have to be prefect.
All that matters is that we are together and we make time for each other, something I am going to work on myself. I’m going to cut down on my travel so I can do more on the home front and spend more time with you and Anaaya.’
Her heart lifted with joy. ‘I am going to do the same.’ She decided and said out loud. ‘But what about our fancy Valentines day?’ She pouted, looking around at the still stubborn traffic.
‘We saved ourselves a hefty bill at that restaurant, some salon money and money I would have spent on a large bouquet. This is the cheapest and best Valentines day ever!’
‘Stingy guy!’ she laughed.
As they sat around laughing, bitting into the delicious Vada Pav and providing free entertainment to the cab driver, she realised that even though big gestures and grand plans were great, sometimes the small moments are the big ones and the worst plans can bring on the brightest smiles.

Why I’m glad I failed every new year resolution!

When the tigress lost her stripes..